Breathing is quite a natural and easy mechanism; however, when it is applied to operatic singing it must be done in a professional manner.

Proper breathing, in addition to a total laryngeal flexibility and the identification of a correct resonance spot, constitutes the fundamentals of the best vocal technique.

Famous or lesser-known theoreticians tend to overcomplicate the topic of operatic breathing. Actually most students experience severe difficulties during the emission phase because of respiratory laziness or a tension of shoulders and neck muscles.


Operatic breathing is challenging but not so much complicated!

Diaphragm, intercostal and abdominal muscles are the main sustaining elements for operatic singing. These three areas, well used, with an appropriate coordination of an absolutely free larynx, are the fundamental basis of the art of singing.

Let us schematically examine the breathing mechanism based on my direct experience as an artist and as a teacher.

1) The lungs have a dishomogeneous shape and have much more capacity at the base. (low) 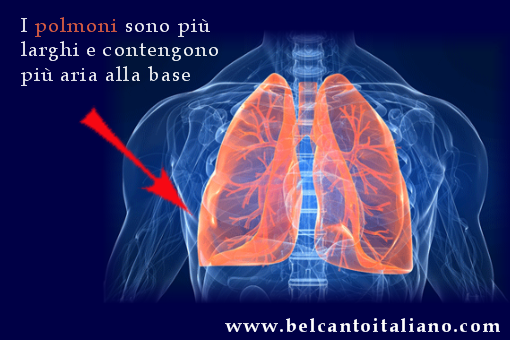 2) The diaphragm is located at the base of the lungs. (low) 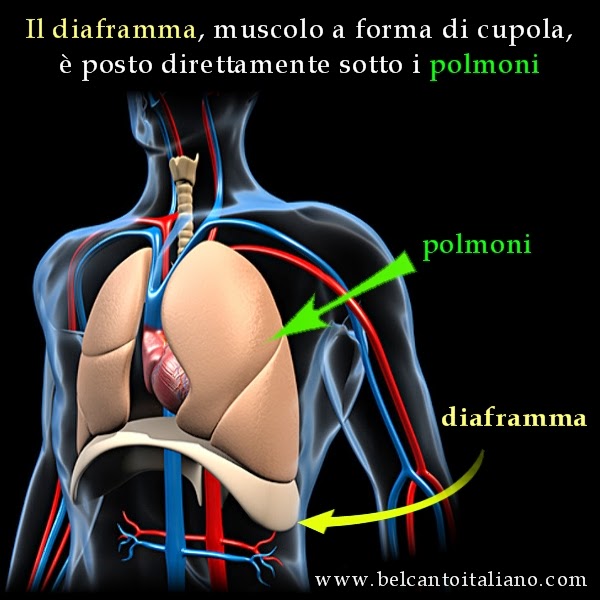 3) The intercostal muscles that directly help in the breathing phase are mainly those of the floating ribs. (the lower ones)

4) The muscles that sustain and control breathing  are the abdominals (once again, those from the abdomen downwards to the groin, low) 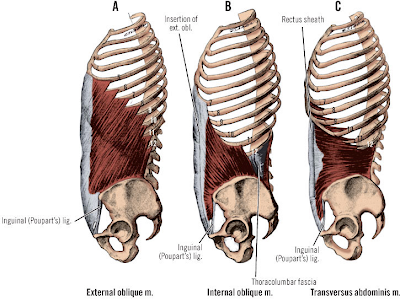 Obvious Deduction: OPERATIC BREATHING CANNOT BE EXCLUSIVELY HIGH OR APICAL since the most capacious and effective areas for air and power are located downwards.

What is the best way for a singer to breathe?

Inhaling:  the diaphragm lowers, the intercostal muscles, abdomen and ribs expand. This process is aided by the amazing bellows of the abdominal muscles. In this phase, the singer completely relaxes both throat and shoulders and mentally prepares the intonation of the vocal sound, while the larynx is completely free, and the soft palate is slightly lifted, as if you were about to yawn.

Expiration: the diaphragm moves upwards, the intercostal muscles and the abdomen tighten up, while the abdominal muscles regulate the emission speed and maintain the pressure through a conscious sustain on these muscular points.  In this phase, the singer keeps both shoulders and throat completely relaxed allowing the larynx to move and slide freely. Lastly, the singer strategically uses the lips, tongue and soft palate in order to project the sounds in what is commonly called ‘the mask’ and at the same time to pronounce the words clearly.

Nowadays, we see a lot of theoreticians who promote ‘new’ techniques, dismissing older methods as archaic. Which way is best?  To answer this, pay attention to what the best artists - past and present - have to say.

Think: would you ever take piano or violin lessons with a teacher who is not capable of playing? Of course not. Then, why would you call “maestro” theoreticians who are not able to sing? If not, I invite you to read in the following appendix some of the most interesting quotes from great opera singers whose skills are proved, amongst other things, by immortal recordings.

“And here we are with another debate: the discrepancy of opinions amongst voice scientists. The cantor, however, should disregard these analytical lucubrations and use the judgment acquired thanks to the real experience of singing. Also, the cantor has to deal with urgencies and  problems which might appear unexpectedly, sometimes even in the middle of a scenic representation or while singing.” - (Giacomo Lauri - Volpi, “Misteri della voce umana” Ed. Dall’Oglio - pages 77- 78)

Appendix: GREAT SINGERS AND THEIR INSIGHTS ON BREATHING

Lauri-Volpi on breathing and on how to find "harmonics":
"...I have always thought that breathing is diaphragmatic and costal because we have two soundboards, this one and this one. However, if we just limit ourselves to the ribcage and we forget the head, we will not find harmonics. It is the same thing with a piano: if we do not use the pedal, what is the use of that big box of wood…?”
Excerpt taken from Lauri-Volpi’s interview, by Celletti and Gualerzi during the summertime of 1976 at Teatro di Busseto
Beniamino Gigli : breathing "on the breath" and deep breathing:
"The first prerequisite to be able to sing correctly is that you have to sustain your voice, you have to breath very deeply, because singing is all about breathing and breathing has to be done with the diaphragm. The diaphragm is paramount. "
Beniamino Gigli’s Masterclass, Vienna 1955

Carlo Bergonzi on how important is the breathing command for good vocal technique:
“… I have sung with great tenors such as Gigli, Schipa and Pertile. I would ask them technical advice in between breaks: “Commendatore, how do you breathe during those vocal attacks in the "passaggio" area?”. And Gigli would answer: “My dear, put your hand right here above the diaphragm while I breath”. In order to give me an example, he would start with the first phrase “Mi par d’udir ancor”. Many people today would say: “This is an old technique”. They are mistaken: the technique is one and it is based on breathing command; it is the interpretation that changes over the years”.
(excerpt taken from Carlo Bergonzi’s interview, published on "MUSICA" February 2009)

Conversation between Arturo Toscanini and  Giuseppe Valdengo:
"The breathing has to be aligned with the sound, naturally, because without proper breathing there is no bel canto! "
(taken from "Scusi, conosce Toscanini?" Musumeci Editore 1984, p. 77)

Lauri – Volpi’s interview in Busseto, June 12, 1976:
I said to Toscanini “Maestro, this the tenth time I am going back on stage and the audience is calling you. Come with me”. And, then, we went back on stage five additional times. When the curtain closed, he said: “Listen, Lauri-Volpi, I feel the passing of the time just like you, but I did not know that a human being had so much strength as to be able to recover breaths, breathe again and get until the end with such an impetus. I thought you were going to kick the bucket”

Giuseppe Valdengo’s interview at a friend’s house, April 1977:
You teach operatic singing. What is the first thing you teach?
“Breathing: you sing through breathing. Then, vocalizes. You need time and a lot of patience before singing an aria. I teach what I know”.

Mariella Devia’s interview, September 28, 2010:
"The technical foundation of singing is, undoubtedly, breathing. I have done a lot of work on myself, listening to myself and having other people listen to me."

Tenor Ugo Benelli’s interview:
"Do you have any piece of advice you want to give students? About what is advisable to do during the study and what should never be done, from the technical perspective?”
- The main thing is “singing on the breath”, but explaining this concept is very difficult. Montarsolo said that our body should act as if we are sleeping except for the diaphragm and the breath column. Bruscantini recommended placing a large belt on students’ waist, placed below the diaphragm (and he did this for his whole life) in order to get them used where the just inhaled breath has to be sustained. I talk about softness and waves that delicately hit the rocks. When we talk about “legare” or “appoggiare” we have to imagine a shovel or a spade that has to pick something up …. And I think that when the body is slightly leaning forward, finding the right support might be easier. When singing, shoulders should never be raised as you breathe, having a tension in the body or singing with the head too up high because, then, the sound shifts to the throat. Simoniato, during a recording of Cenerentola, used to say: “Piccinella, tilt your head down”. That was a very useful tip.-"
(taken from website "operaclick")

Intervista a Luciana Serra
“...The voice has to be projected outside and the mouth has to be oval shaped. A great importance should be placed on words. Breathing is identical for all vocal ranges (sopranos, baritones, tenors, etc.), and everybody should have agilities…” (taken from website "operaclick")

Jose Carreras’s interview
"My technical training is based on sustaining the sound on the breath, always, and to never tighten the throat”

Speaking of Luciano Pavarotti:
“In Pavarotti’s way of singing, not everything was on the same level (for instance, mezzevoci), but his foundation was very solid: breathing by the book, sustained by the diaphragm, voice placed in the ‘mask’, proper transition of register and, therefore, his high notes were effortless and shrill."
(Alberto Mattioli on Luciano Pavarotti taken from the book "Big Luciano"Mondadori, 2007)

Gabriella Tucci’s interview:
"Another important section of your profession is devoted to teaching. What is your teaching essentially based upon?
My teaching covers a 360° spectrum, in that we study singing in its technical aspects. I especially insist on breathing (which is often neglected or incorrectly taught, nowadays)"
(taken from website "operaclick")

Bruno De Simone’s interview:
Sesto Bruscantini (...) “warned” right away: “be aware that with your interpretative characteristics, you will be given Buffo roles but– he added – you should be well prepared to execute them. Not only it has to be agile and quick in the "sillabato". You should keep your vocality solid and well polished. For this reason, first and foremost you have to learn really well to sing legato on the breath. This is the foundation for a proper vocal emission. Otherwise, you run the risk of becoming a speaking buffoon!"
(taken from website "operaclick")

Sonia Ganassi’s thoughts - bel canto coloratura mezzo-soprano (particularly, "mezzo-soprano rossiniano") : “I have always done agilities using a great breath control… a very strong technique… nothing can be done, not even a sound, without proper technique. Operatic singing is technique and hard work on your own instrument with a lot of dedication and perseverance!!! (Click here for the  video)

Luisa Tetrazzini :
"The lungs and diaphragm and the whole breathing apparatus must be understood, because the foundation of singing is breathing and breath control. I breathe low down in the diaphragm, not, as some do, high up in the upper part of the chest. I always hold some breath in reserve for the crescendos, employing only what is absolutely necessary, and I renew the breath wherever it is easiest. A singer must be able to rely on his breath, just as he relies upon the solidity of the ground beneath his feet. A shaky, uncontrolled breath is like a rickety foundation on which nothing can be built, and until that foundation has been developed and strengthened the would-be singer need expect no satisfactory results.

There must never be any pressure from the throat. The sound must be made from the continued flow of air. You must learn to control this flow of air, so that no muscular action of the throat can shut it off. The quantity of sound is controlled by the breath."
(from: "Caruso and Tetrazzini on the Art ofSinging" - Metropolitan Company, Publishers, New York, 1909)

And now a video that is worth a thousand words. The "Divina" asks some of her students to do a practical exercise. It is the same exercise that I recommend to my students (but, who many of them do this exercise regularly? ;) )
Happy breathing to everybody!
M° Astrea Amaduzzi 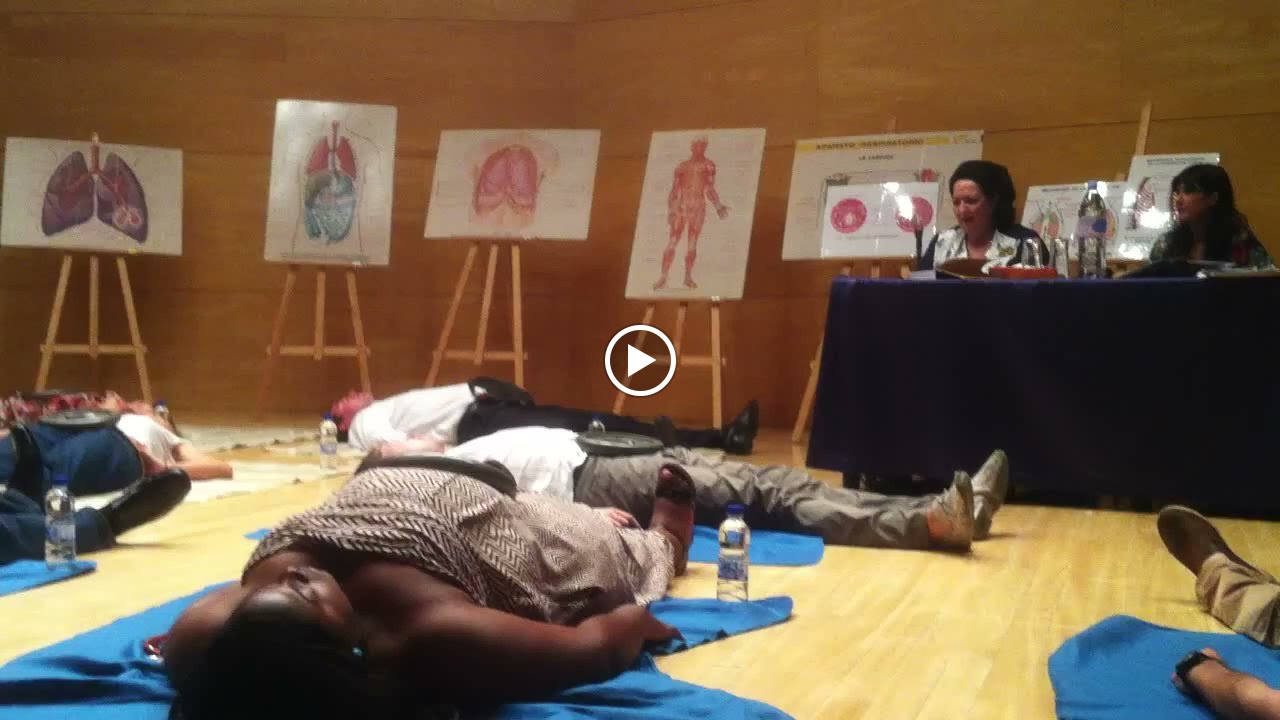 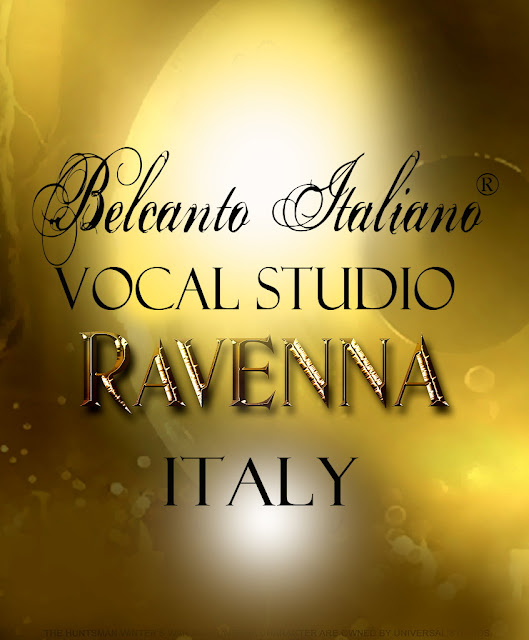 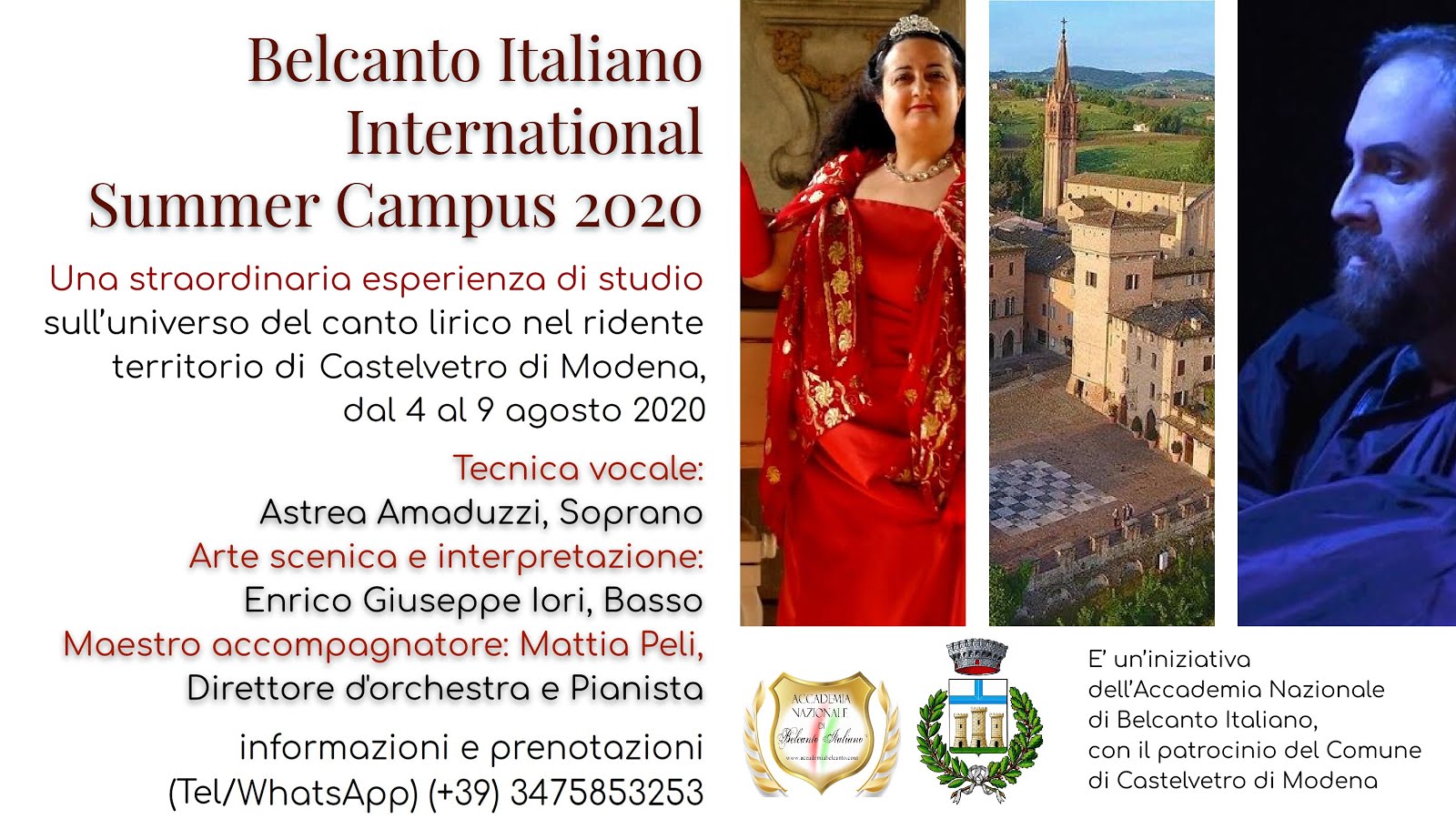